Myth: Those Above Me Will Support Me Through Thick and Thin

Myth: Those Above Me Will Support Me Through Thick and Thin 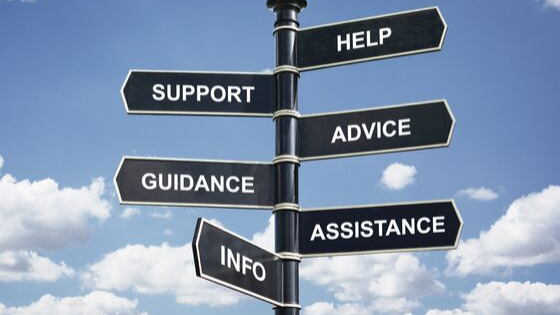 Personally, one of the toughest transformation myths for me to deal with has been the availability of support from my senior leadership. It is an expectation gap I don’t think I ever really closed.

There was a part of me that always hoped I would be supported the way I look to support those that work for me.

It was hard to come to grips with the reality that many executive leaders in the corporate world prioritise power and status. When such leaders help others, it can often be to build loyalty and because it’s expected, rather than emanating from genuine altruism or a sense of the greater good.

The coaching training, and research into the world of neuroscience, that I embarked on in recent times has provided me with valuable insights into the behaviours I encountered.

In this article, I explore aspects of the understanding I have developed of what drives various behaviours, as well as the various types of support you may be consciously or unconsciously looking for – and when and where to access help when you need it.

What Drives People to Support or Not Support Each Other

It shouldn’t be so surprising, but from an evolutionary perspective, if empathy were too strong then humans wouldn’t have killed animals to eat. The hormone activated in this scenario is testosterone which, when elevated, reduces the level of compassion experienced by a person.
It’s important to note this is not a gender issue.
When any individual’s testosterone level drops, his or her oxytocin level rises, increasing the desire for connection and vice versa. It is no accident that we describe insensitive and competitive environments as testosterone-fuelled.

From a business perspective, we love the competitive, driven, and results-oriented attributes of this style. In today’s world, though, we are often looking for more balanced and considered behaviour, especially where it involves leveraging the skills and experience of a team.

These two modes of operating do not sit easily together without conscious thought and the understanding and willpower necessary to hold onto the best elements of each style.

How Our Brains Work

We can learn a lot from the insights we are progressively acquiring into how our brains work. The older parts of our brain, the reptilian and the mammalian components, still behave in ways that they have done for tens of thousands of years.

When humans hunted they benefited from working cooperatively but they also competed with each other. While it was vital to combine resources to find and kill animals to feed a tribe, it would also have been natural to use information about another individual’s weaknesses to ‘win’ the largest share of food or personal status within the group.

All mammals use some form of leadership model or hierarchy. Most are based on physical superiority and the ability to dominate their competitors within the group. Humans aren’t so different in this respect!

If a person in this mode is managing or dealing with someone who is in team and connection mode, both will feel confused and misunderstood. The same will hold true in reverse.
Paying attention to a colleague’s or manager’s current operating mode, as well as their default one, will reduce the chance of you expecting support from the wrong person or at the wrong time.
Increasingly, our society views the ability to think, plan, and connect as more important than physical prowess. Although we love our sports heroes and their impressive physical feats, we have also come to understand that their achievements are inevitably a combination of physical, mental, and emotional attributes. The ability to work well with others is as important as drive and focus.

Virginia Walker
Virginia Walker
I’m one of Australia’s leading business transformation and change leadership consultants. I’m on a mission to help NDIS service providers like you become commercially free to deliver on your purpose AND live your values.