Myth: My Success Will Speak For Itself 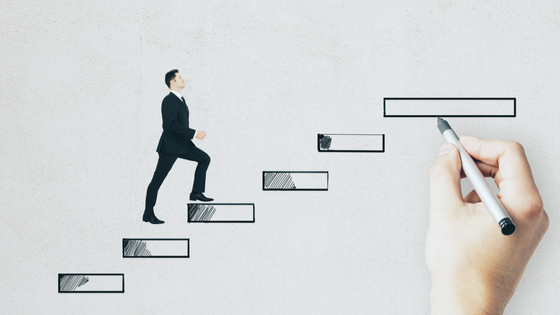 What Is The Myth?
That successfully delivering a transformation program will be recognised by influential senior executives as a significant achievement, and you will be given the opportunities and rewards you’re expecting.

Where Did This Myth Come From?
There will be a build-up of experiences that support the assumptions behind this myth.

For many people, their childhood was a time when they were encouraged to try new things. They had parents, carers, teachers, or coaches who noticed their successes and praised their efforts.

Society in general teaches us that you don’t get anywhere without hard work. Well-known studies such as the marshmallow test (first conducted by a team led by Walter Mischel at Stanford University) demonstrate that the ability to accept delayed gratification is the strongest predictor of success and happiness in life.

Early in your career you were probably looked after and given opportunities. You will have observed that, in many organisations, people who put in the hours and deliver results are widely acknowledged.

You may have also experienced high growth periods in the economy where you benefited from a perceived shortage of employees with a combination of talent, results orientation, and a strong work ethic.

Positive feedback is often received when you are prepared to be a team player and don’t behave with a sense of entitlement.

What Is The Truth?
Well, I’ve probably saved the hardest myth to accept for last. After everything you’ve been through, everything you’ve put up with, surely the recognition you’ve wanted – maybe that next step up the corporate ladder – is going to be offered to you?

The truth is that your reputation for hard work and delivering successful programs is a great starting point, but there are two additional elements that are essential for your corporate career to flourish in ways that are meaningful to you.

Defining Success
The first additional element is knowing what success looks like for you, both in the short and long term. Those who know what they want get what they want, and understand that achieving their goals requires more than hard work.

To attain the success you both desire and deserve, you need to be able to describe it, so that others can help you realise your aims. It’s important to recognise that you’re a grown-up now! Nobody else is responsible for looking after your career progression; you are.

It’s a typically unspoken assumption, once you have risen above the junior management ranks, that you will know how to develop your support networks, fend for yourself, and be an equal at the table. Inside, you may not feel confident, but others will presume you are because of the position you hold.

Many of us don’t appreciate the power of knowing what you want. It can be easy to be scathing or envious of those who get ahead without appearing to work as hard as the individuals you identify more strongly with.

Marketing Yourself
The second additional element is using the power of marketing yourself. Those who are selected for opportunities and promotions are most likely to be individuals who have effectively run a personal marketing campaign, often over years.

These individuals either unconsciously or deliberately have established their own brand, communicating with their networks consistently and regularly to reinforce their positioning and messages. This allows them to be considered for a range of opportunities, including ones they’re not yet aware of, as they will be known to those looking for appropriate candidates.

It is possible for this to happen accidentally, but it’s obviously preferable that you don’t leave it to chance. Like any product, being great isn’t enough; people must know about you and what you can do for them. They need to know and understand your value proposition!