Myth: I Will Have The Authority To Deliver On My Responsibilities 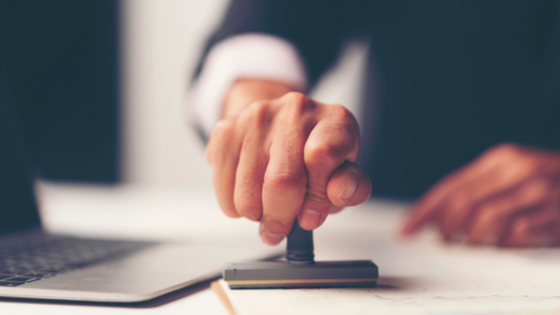 What Is The Myth?
That you will be allowed to decide, based on your position, how to run your program and choose who you have on your team.

Where Did This Myth Come From?
Working for a large organisation, you will be familiar with the many processes and rules that have been put in place, over time, to allow the organisation to function.

While it’s easy to feel that rules and processes are excessive, there will always be a reason why they were put in place. Ideally they are revisited regularly to ensure they are still necessary and effective.

If we assume for the sake of argument that they are, you will in all likelihood also be assuming there is delegated authority commensurate with a role’s responsibilities. Such delegation will dictate the dollar value of a contract that you are permitted to sign, the number or seniority of people you can hire, who else has to be party to the approvals, etc.

It’s natural to assume that the authority level of your role will be reasonably clear and unambiguous, and allow you to run your program without unnecessary interference.

What Is The Truth?
Delegated authorities are largely based on what’s currently in place and needs to be refreshed or maintained. If what you’re aiming to achieve is truly transformational then, by definition, it hasn’t been done before. Often the outcome is being defined by the program itself. This can and will challenge existing frameworks.

The Importance of Clarity

This challenge may be easier to conceptualise if you consider the well-known story, “If Henry Ford had asked his customers, they would have told him they wanted a faster horse….”

Authority based on existing processes and practices can leave major decisions, such as those that will lead to the early end of a key product’s life, with no established framework and no clarity as to who has this authority.

Failure to clarify the extent of your authority to make such decisions is likely to mean procrastination and delays. This will apply especially when working with less senior people in the organisation whose roles often exist to ensure a strong level of compliance to standard processes.

There can also be unexpected consequences when those to whom you report observe that something isn’t working; instead of giving you more authority, they start to interfere.

The absence of an agreed authority framework will give those who seek to control default permission to micromanage. It almost goes without saying that very little transformational change has been achieved through micromanagement!

The truth is that you need to pay attention to the key decisions in your program that are potentially not covered by existing authority frameworks, as well as the level of support for your leadership style, if you are to avoid delays or challenges to your authority.