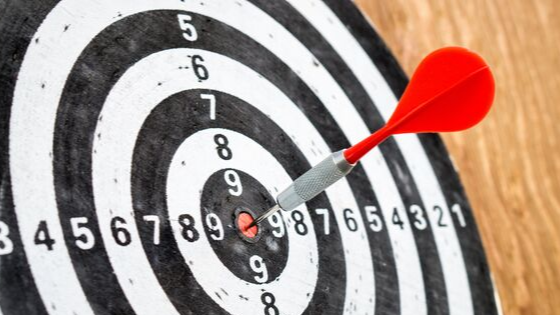 When we look at the definition of a project, it has an end. That end itself is capable of being defined reasonably firmly, so that all involved can know or see when it has been achieved. For transformation programs, today’s reality is being challenged to create a better, or more resilient, product, service, or organisation. Answering the question, “Are we there yet?” has a different level of difficulty to it!

One approach that you see playing out with high levels of uncertainty is to start with a high-level estimate of time and resourcing, add a decent contingency to deal with the uncertainty, and then attempt to get the resulting plan approved. Nobody I know has had any lasting success with this approach; as soon as the numbers and timeframes enter the realm of project approvals and senior management review, they are quickly rejected and, at best, rework is suggested.

It’s quite funny, really; most breakthrough thinking and revolutionary ideas took a long time to germinate and had many, many iterations and failures. Somehow when you’re in a corporate environment those realities are supposed not to apply. The challenge is how to build an environment where innovative approaches can be developed and tested.

Being Aware of the Outcome
What you can take advantage of is the creativity that’s derived from necessity and the accompanying restrictions. A famous example is played out in the Apollo 13 movie. It recreates the incident where the spacecraft has an explosion; the astronauts move into a capsule, and the most pressing problem is to remove carbon dioxide from the cabin. There are several highly skilled engineers and space experts who are given the challenge: “These are the tools and parts you have, this is how much time you have, and failure is not an option.”

They didn’t fail, but instead ingeniously solved the problem with the resources they had. Effective? Yes. Elegant? Certainly not! The result was hugely creative, but would you use it more than once? Of course not – that wasn’t the major requirement; speed and effectiveness were. The key is to be very aware of the outcome you are really looking for, before time-boxing or over-constraining a team.

Imposing Restrictions
Restrictions in funding, resourcing, or timing can also be imposed, based on factors like a competitive assessment, available budget or skills. The temptation in the absence of being able to detail a plan is to acquiesce, so that you can get going, believing that you’ll sort it all out later. Depending on the level of support and buy-in you have across the organisation, this may be okay. The more your organisation makes decisions behind closed doors, however, the less I would encourage you to consider this option.

The Power of Persistence
Consider the great inventors. The one thing they consistently did to create something completely different was to fail, sometimes hundreds or thousands of times, before they broke through. I’m suspecting you’re laughing at the idea of being allowed to fail a few times, let alone hundreds, and you’re right – the corporate world doesn’t typically work like the great inventors.

While learning to fail in order to break through is gaining credibility in many organisations, finding a way to experiment and learn in your own environment without it being seen as a ‘failure’ is critical. As you inevitably move through uncertainty to some form of certainty, the fact that you have been progressively building understanding can be overlooked – possibly because it feels that it takes so long.

An analogy I use is that the effort in drilling through a piece of wood is no different at the end of the process than the start. It didn’t require anything different to get through the last part – just persistence!

However, once you have pushed through the ‘last part’ and a concept or idea is clear, it can suddenly be treated as obvious. A colleague and I used to joke about this – the moment in a program when the conversation suddenly jumps from “Why are you doing this?” to “Why haven’t you done it yet?”

Virginia Walker
Virginia Walker
I’m one of Australia’s leading business transformation and change leadership consultants. I’m on a mission to help NDIS service providers like you become commercially free to deliver on your purpose AND live your values.